Please check the following blogs for up to date news.

AccentUK gets some great coverage in latest Comic Heroes magazine.

Dave West gets interviewed in the Indie Spotlight section of the latest Comic Heroes magazine, for more details pop over to Strange Times. 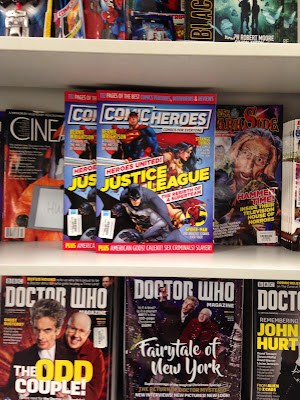 It’s taken a long time for us to finally accept that we will be cancelling what was to be our last themed anthology, Victoriana.
When we started these anthologies it was always with a view to getting the artwork of unknown creators in front of a wider audience. There was never any promise of up front payment or back end royalties deal. The idea being that we would work hard getting the books into as many hands as possible and raise the profile of all involved. We continually improved the quality of the books until, back in 2007, ZOMBIES was accepted by Diamond Distribution. Through them the anthology was shipped to comic stores across the globe.
However, sales of Anthologies is always a difficult business and a risk for stores. You never know what the quality of all the stories will be, and you really can’t judge such books by the cover. We did however build a reputation for putting out great anthologies.
Speaking to a number of retailers in the USA and UK, we were told that only about 10% of their customers would even consider an anthology title. The books were great though and we had healthy enough numbers to satisfy Diamond’s internal review processes and so we were comfortable that we were honouring our promise.
We were getting the work of unknown creators in front of a wider audience, helped by some more established names contributing stories or covers.
Over the years though the Diamond order has dropped, book by book.
Retailers tell us that they can no longer afford to risk to spend their money on anthologies. They are hard pressed to keep up with the the many crossover events or re-launches of the main two publishers.
We’ve sat on Victoriana for a while.
Hoping for the market to swing back.
For Marvel and DC to slow down with their comic book output, or for them to produce less crossovers.
But that has proven not to be the case.
Any visit to your local comic store will show you that it appears that about 80% of the comics of the walls are Marvel or DC. Image are producing some great titles and between them and Dark Horse that pretty much takes up most of the rest of the shelves.
It’s a shame, but the market is driven by the consumer at the end of the day. The comic shops are between the customer and Diamond and they will naturally take the safest course.
We are no longer therefore able to honour the promise we make to contributors. We could print a couple of hundred copies and take them to UK shows (they are too heavy to take overseas really) but that isn’t what we were wanting to do.
Also our own publishing model has changed as we have realised that customers like an on going character, either in mini-series or on going stories. We found our energy and finances moving in this direction and now have a number of such characters in regular books.
We’d like to apologise to all the creators who contributed work, the work is of course yours and you are free to take it to other anthologies (maybe one based in the USA where it will hit a bigger market). I would send out an email to you all but I’ve been through two crashed PCs since we pulled it all together and have lost all the contact details. 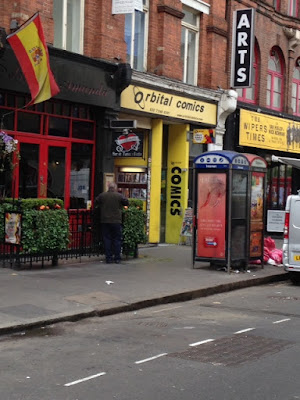 I popped into Orbital Comics on Saturday and had a nice chat with Camilla,
I'm always impressed by the Independent Comics selection in the store, and it's why we are always keen on having our books on sale there.
I'll be periodically refreshing the stock, but left Camilla with three copies of the WesterNoir trade paperback, and three copies of each of the issues of Stephenson's Robot.
Posted by Dave West at 09:46 No comments:

I've just updated the EVENTS schedule for 2017, see top left of this Blog for full list... I say 'full' but there's always the chance that more will be added.
Posted by Dave West at 11:45 No comments:

I've just posted news about the next WesterNoir comic over on Strangestoftimes.blogspot.co.uk. 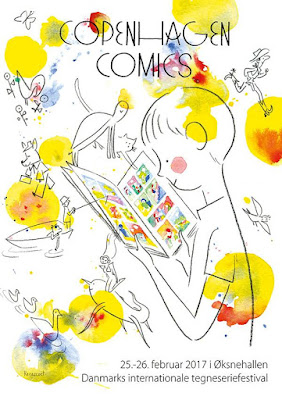 The first event of the year for us will be next weekend's Comic Con in Copenhagen. What a way to start the year.
Posted by Dave West at 11:32 No comments:

Pop over to Colin's Blog and my blog for recent news, reviews and event write ups.
Posted by Dave West at 02:48 No comments: