I was interviewed a little while ago for the UK Comics Newspaper Multiverse, and Issue 2, 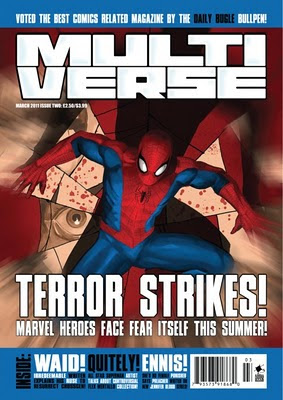 which will be hitting the shelves real soon, prints the interview.
It's really hard getting this kind of exposure, as most news that makes it into this type of magazine tends to focus on the major companies, established creators or film properties. A big thank you to the people at Multiverse for creating this opportunity for us to talk about our books. I only hope I didn't make a mess of things... I really can't remember what I said.
For more details about the issue check out downthetubescomics.blogspot.com.

Email ThisBlogThis!Share to TwitterShare to FacebookShare to Pinterest
Labels: Multiverse

The Eagles Have Landed.

Great news is that The Man Of Glass has made it through to the shortlisted 5 entries for Favourite British Colour comic alongside the usual suspects 2000AD, Dr Who, Torchwood and Dandy. Great to see our book snuggled in there amongst such industry giants.
Sadly however The Fall Of The Wolfmen lost out to Commando, Paragon and three Futurequake titles, so it wasn't to be the Year of the Wolfmen, and also Tales From The Parent's Basement lost out in the Best Comics Related Website category, which is a real shame.
You can cast your votes are http://www.eagleawards.co.uk/, and don't forget, your earlier votes are not carried forward as they just got the list down to the top 5.
Posted by Dave West at 14:39 No comments:

Email ThisBlogThis!Share to TwitterShare to FacebookShare to Pinterest
Labels: Eagle Awards, the man of glass

The Wolfmen have landed.

The Fall Of The Wolfmen has appeared in Forbidden Planet in Manchester. Scott Mathieson posted this photo on Facebook (thanks Scott), taken from his mobile phone (whilst underwater it looks like :o), and I popped in on Friday to see one copy left. I've no idea how many they ordered, hopefully it wasn't just one... 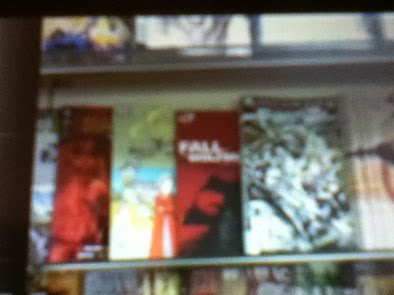 and in case you're having trouble spotting the cover, here's a clearer version... 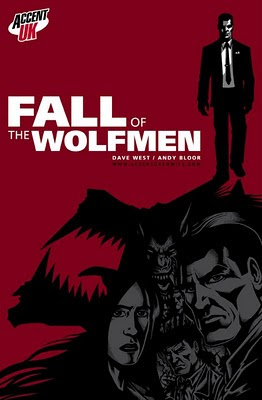 It's a great feeling seeing your comicbook on a shelf with all the others, and I couldn't resist picking the copy up and flicking through the pages. Andy certainly did great work with the visuals.

Next week Colin, Scott and I will be at the Manchester Mart, selling our own stuff as well as a range of Accent UK books, so if you're in town then pop in a say hello. 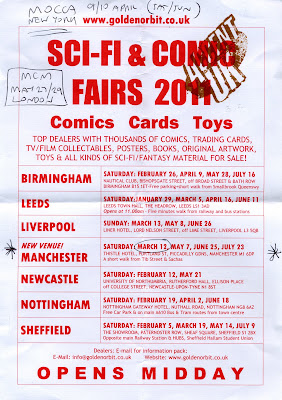 In other news, Gal Editora would like to reprint a selection of our first ZOMBIES anthology in Brazil, once again following a translation into Brazilian Portuguese. I've listed the stories that they are interested in below. I want to get the permission from all the creators before letting their work be used in this way, so if your name appears below then please get in touch, or provide your permission in the comments section below this posting. It's another great opportunity to get your work out there across the world.

I will attempt to track people down via email etc, but if I don't have permission from all creators on a story then I'm afraid it won't be able to appear.