The Wolfmen - Did they fall or were they pushed ?

I can still remember the night Andy Bloor came over to discuss our collaboration and let me see his sketchbook, in the hope that we'd come across something that would inspire us. What I found in those pages was a real treasure trove of images that generated a whole host of ideas in my head. 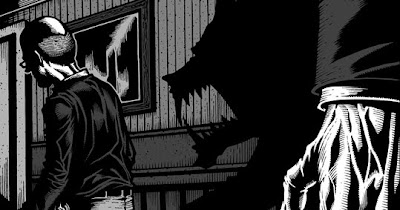 The one that jumped out the most to me then was the image of the Werewolf in a suit, and so we decided to go for The Wolfmen.
It was to be the first full comic that I'd write for someone else to illustrate. It was a real challenge for me creatively as I had to write the script and then step back. I'd have to stop myself from trying to influence the artistic direction it would take. 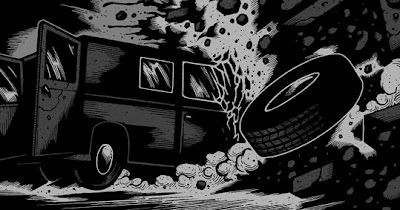 I had nothing to worry about. When Andy showed me the finished pages I was blown away. He had completely captured that Film Noire feel that we both wanted for the book, and his use of grey tones really cemented the tale in the days of black and white television and newspapers. 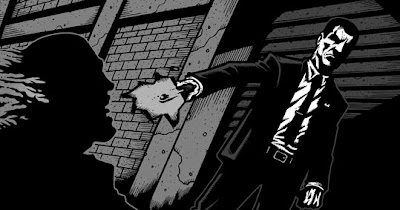 So, here we are a few years down the road. Andy now has twin sons, hopefully learning how to draw, and both off us have learned plenty since that book hit the shelves. We're both still very proud of The Wolfmen though, and didn't want a sequel to dilute the impact of that book, or to just be a re-telling of the first story. 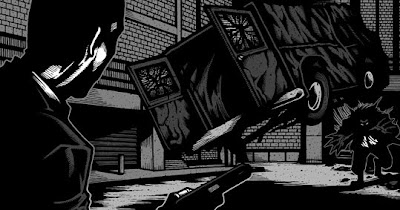 I'm happy to report that it isn't.

We see Jack Grey come back for revenge. We see a rival gang, The Ghosts, move in on The Wolfmen's patch taking advantage of events, we see Jenny caught up in the middle and then there's Detective Knight beginning to realise that he is completely out of his depth. 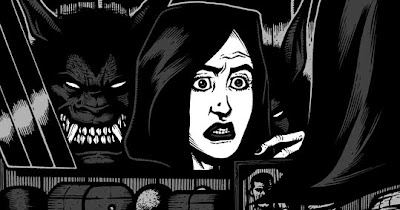 Early reviews have been very encouraging, http://paradoxcomicsgroup.blogspot.com/, http://www.hypergeek.ca/ both rated it highly and Diamond gave it a Certified Cool logo, which all following on from a great launch at Canterbury's Whatever Comics are all very encouraging and are why we produce these books. 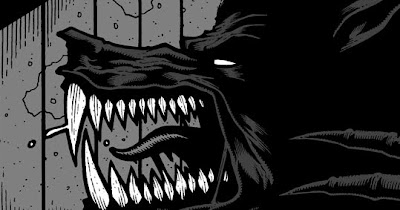 So, The Fall Of The Wolfmen has been delivered to Diamond UK's offices, and if your local comic store has ordered any copies then it should appear on the shelves over the coming weeks. 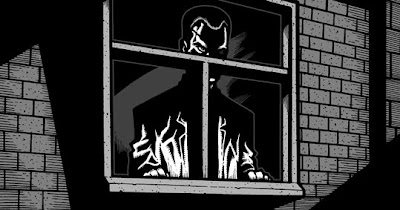 We'd love to hear what you think of the book once you've had a chance to read it, and if you really enjoyed it then The Fall Of The Wolfmen is also up for an EAGLE, as is Andy Bloor for his artwork, if you haven't had a vote then by all means pop over to http://www.eagleawards.co.uk/ and give it your vote :o)
Posted by Dave West at 02:34 No comments:

Email ThisBlogThis!Share to TwitterShare to FacebookShare to Pinterest
Labels: Eagle Awards, Reviews, The Fall Of The Wolfmen, Wolfmen 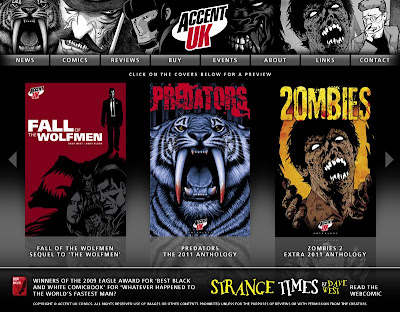 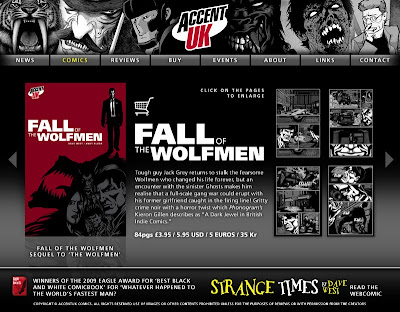 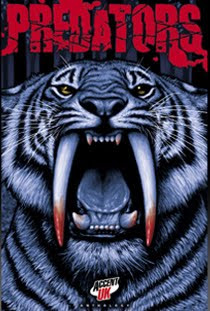