We've had a couple of recent mentions of Wolfmen out there in the Webiverse. 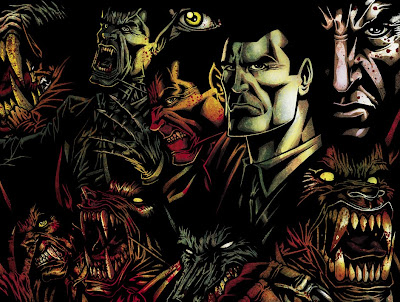 Firstly from the Burnt Weiners Podcast guys on their website, and also a review from David Bitterbaum over on his blog. Great to see people are still talking about our book, with the third and final part already in production. 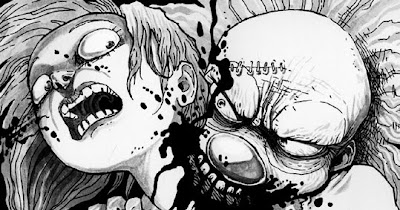 The Eagle winners have been announced and sadly The Man Of Glass lost out to 2000AD. Not a surprise really when you consider the number of books 2000AD sells, and we are really pleased to have made it to the last 5. We weren't listed in the Black and White category, which was won by Commando comics this year, so congrats to the people behind that book. 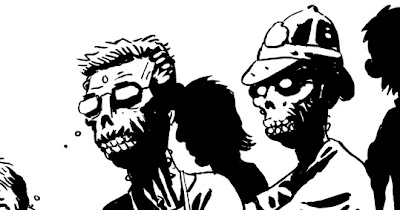 ... and as you can see from these sample images (apart from Andy Bloor's great Wolfmen Poster (coloured by Matt Soffe)), ZOMBIES 2 marches on ...
Posted by Dave West at 14:21 No comments:

My Maker and I.

There has been a fair bit of activity of late concerning one of our future publications, titled My Maker & I. Written by regular Accent UK anthology contributor, Owen Johnson.

The Concept :-
'In a land where imagination can take physical form, one faithless preacher man walks alone. After a woman from the stars crash-lands in his path, these two most impossible of companions journey together through a perilous landscape in order to confront The Administrator – a mysterious and powerful figure who they believe responsible for society’s collapse. Through Neverland Mall and into The Library At World’s End, The Pilgrim and Eve – along with Toto the Gecko from Mars – travel to discover what rot lies at the heart of their planet. It is there that they will discover what they truly believe in'.

As you can see from the above image it's going to be a full colour book, with art from the very talented Dan Duncan brought to even greater life through the colouring efforts of Matt Soffe. Andy Bloor has stepped in to do the lettering, which leaves myself to do a very easy job as Editor, as it's all coming together better than I could have hoped.

This is gonna be one hell of a book :o)

A Preview of the book has been posted exclusively over on the Tales From The Parent's Basement website, so pop over have a look and leave a comment. We're very interested in your views.

There's also a Facebook Group that you are welcome to join and keep up to date with progress. We're also looking to use this to show of some of the processes behind to book, have some competitions and more as we get closer to the launch date.

I'm still waiting on a few ZOMBIES 2 contributions, please send me an update if you haven't already done so. If I've not heard from you by the end of this week then I may have to cut your contribution from the book. If I'm already aware of your progress then by all means send me an update please as we are compiling running order, page balance etc and will need to leave space etc.

The digital version of Whatever Happened To The World's Fastest Man? is getting closer, I hope to have an update on this in the next week or two that'll mean people can download the comic onto their iPad. I know I will be :o)

Email ThisBlogThis!Share to TwitterShare to FacebookShare to Pinterest
Labels: Facebook Group, iPad, My Maker and I, Zombies

It always make a huge difference to a Manchester Mart when we get to meet up with friends. On Saturday Colin and I were at the Mart in the Thistle Hotel, and it really is a Mart in the truest sense with all other stalls being purely retailers, and we had the good fortune to meet up with Marleen Lowe (artist on Whatever Happened To The World's Fastest Man ?) and Gary Crutchley, who has contributed to many of our Anthologies and is always far too generous with his time and talent.
Marleen's visit was a fleeting one, but she did drop of pages of her artwork for me. I aim to get pages from all of the books that I write and it's great to add pages from Marleen to those I have of Andy's work on The Wolfmen.
Gary was able to stay longer and we ended up having a burger and larger after the Mart (we didn't take him to McDonalds!!) and talk comics for... well who's counting. 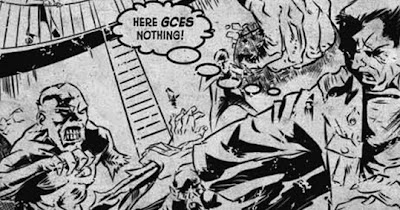 Once we finished on comics we moved onto books, films and even TV shows before coming back to comics again. It'd be great to do this after every Mart, so next time we're in Manchester pop in if you're in the area, and hang around afterwards for a beer and comic chat. 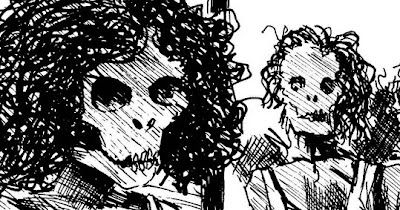 It always amazes me how the comic book back issue market seems to have almost collapsed in recent years. I can remember to days when Valiant was hitting its stride and whilst their titles were demanding astronomical prices, there was good demand for all manner of back issues and so pretty much all of them cost more than when they first appeared on the shelves. Today, the Marts are full of 25p and 50p boxes, and there are plenty of bargains to be had. 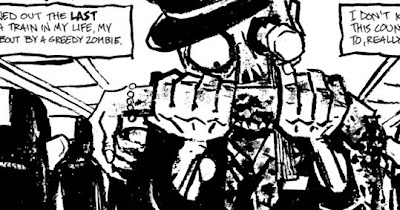 Whilst the Silver Age titles still seem to retain their value the same can not be said for those comics that have followed. I guess it must be due to the Trade Paperbacks that collect even the hardest to find issues and present them in a nice, affordable, package.
I think now, more than ever, comics should be seen as something to enjoy rather than as an investment... unless they are Accent UK titles of course :o)
Posted by Dave West at 10:10 4 comments:

Well last weekend was very much focussed on finishing off the first draft of the script for Wolfmen 3, which I did and met with Andy's approval. This weekend then was to get to grips with ZOMBIES. Over the past 6 months or so, and particularly over the last week as the deadline loomed, I've been receiving contributions for ZOMBIES 2, our follow up to the sold out ZOMBIES anthology. 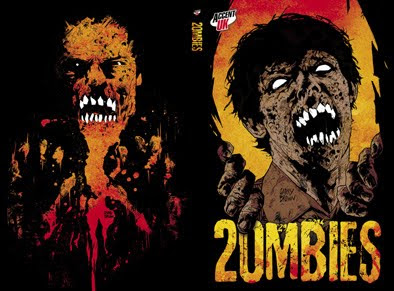 Under covers by Garry Brown this is buidling into another fabulous range of stories from a lot of very talented people. Some are new to Accent UK's books, as we try to ensure that each title has a good proportion of new contributors, but all are really solid pieces of work. 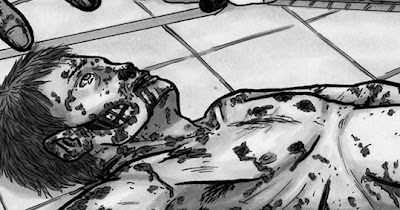 So, this long Bank Holiday weekend has seen me letter 3 contributions, print off and read through all contributions for spelling and to make sure that everything is in order, request a few changes when it isn't, print the updated versions off again, replace print cartridges 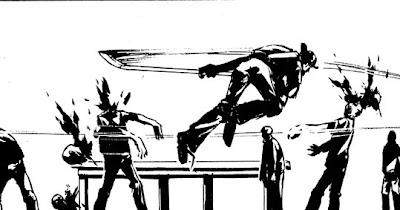 and make sure I've got all the print versions in a directory for Andy to take a copy off when he next pops over. 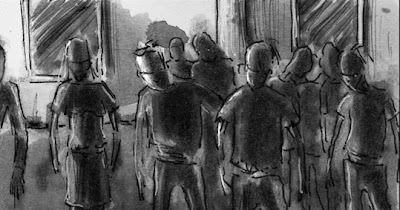 I've been impressed not only with the quality of work this year, and you can see some random samples on this post, but also by the fact that more than 2/3rds of the contributors have sent me their work before the deadline. Which makes my life a lot easier. 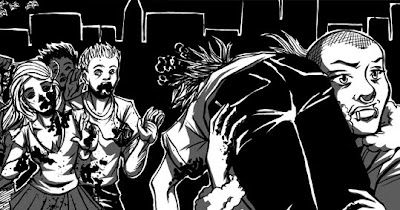 I've got one more story to letter, and will be emailing out my lettered versions to the respective creators to make sure they are happy. Then I'll be chasing the stragglers... there are always a few :o)

We;ve had confirmation that PREDATORS will definitely be listed in JULY's PREVIEWS, we really need to get that book out there.

Next week I'm also looking to send Andy an updated Wolfmen 3 script, following a few sugestions he has made and hopefully letter the other ZOMBIES 2 strip.

Colin and I will be at the Manchester Mart this Saturday at Thistle Hotel (off Piccadilly Gardens) so if you're passing pop in and say 'Hi', I may even let you see the printouts of ZOMBIES 2 so far ...
Posted by Dave West at 09:46 2 comments: