Next weekend we'll be at the MCM Event in Belfast. Our first trip to the event, be sure to pop over to the table and say hello if you're passing.

Our most successful Convention yet...

Well, we'd hope for a really good convention and that's just what we got. 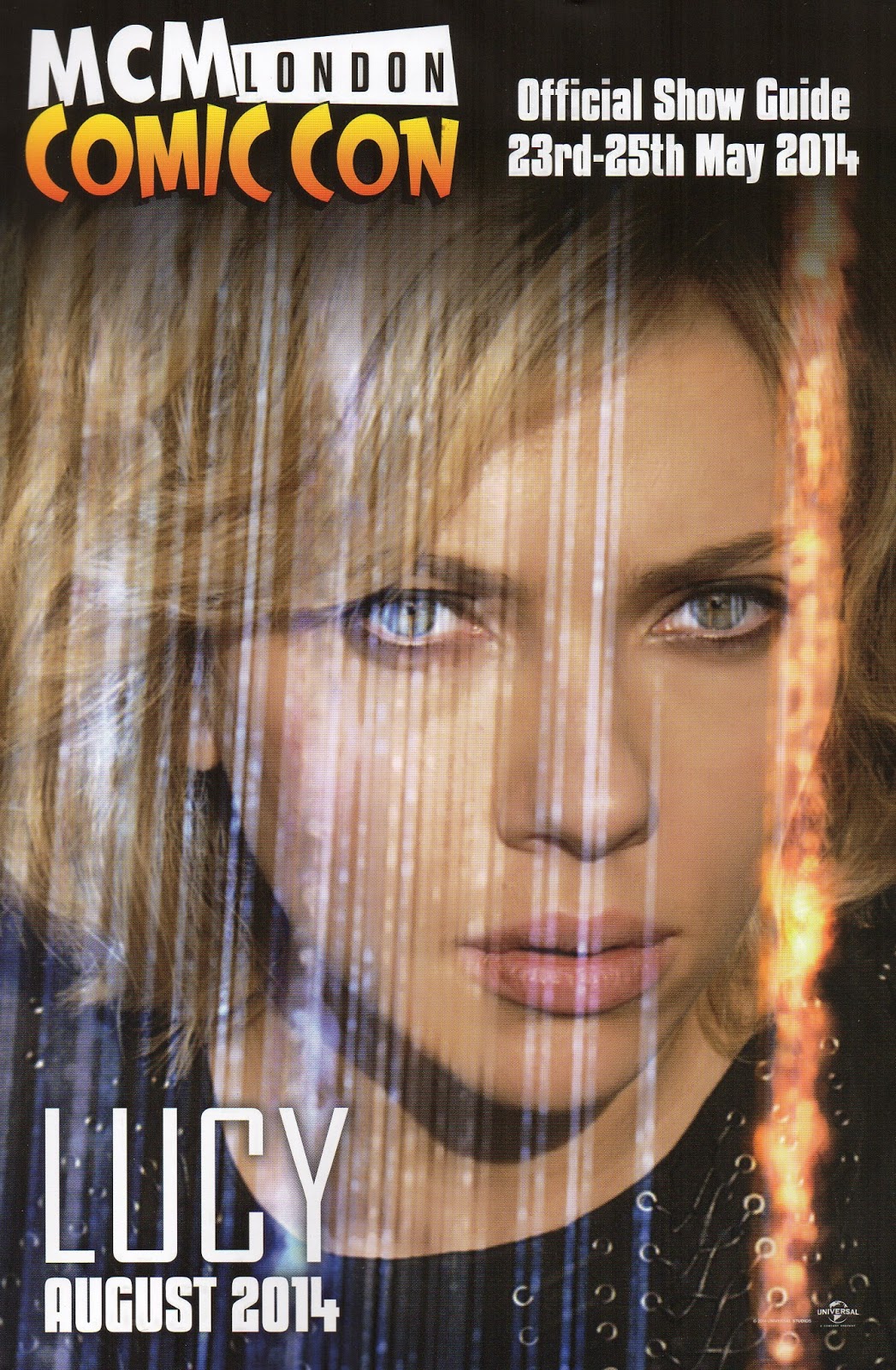 The last London MCM we attended was a year or so ago. We'd always done OK at these events but the cost of getting down to London from Manchester, and staying in a hotel, always meant that we lost out financially. So, despite having a great time we'd decided to try other Cons, closer to home. 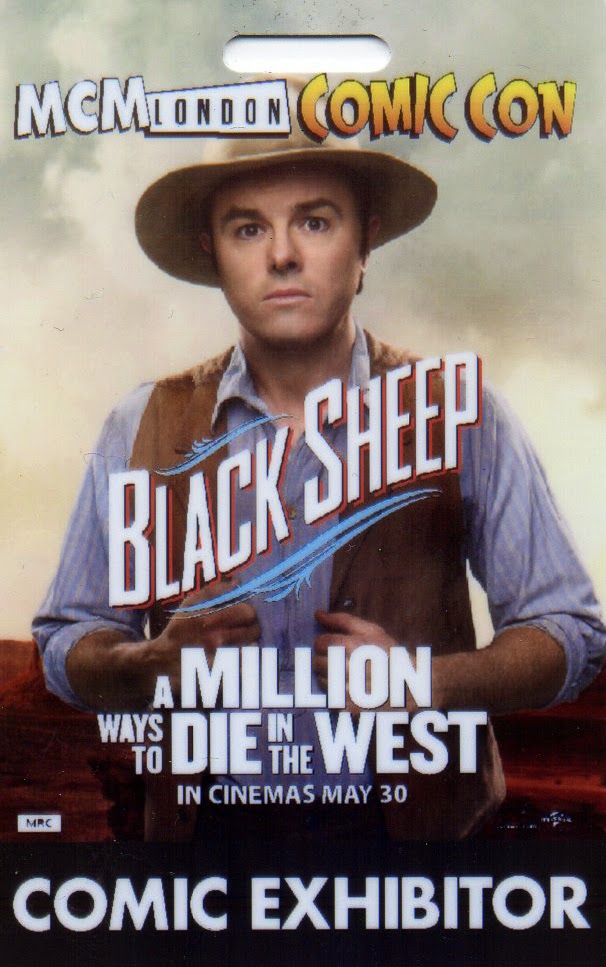 Recent MCM events though, apart from the Birmingham show where we didn't do great, had tempted us into trying London again and so there we were at 10am, stood behind our stall, wondering how we'd do.
The MCM events are really quite amazing. A real spectacle, made so by the thousands of fans dressed up like their favourite characters, and there were all sorts represented. 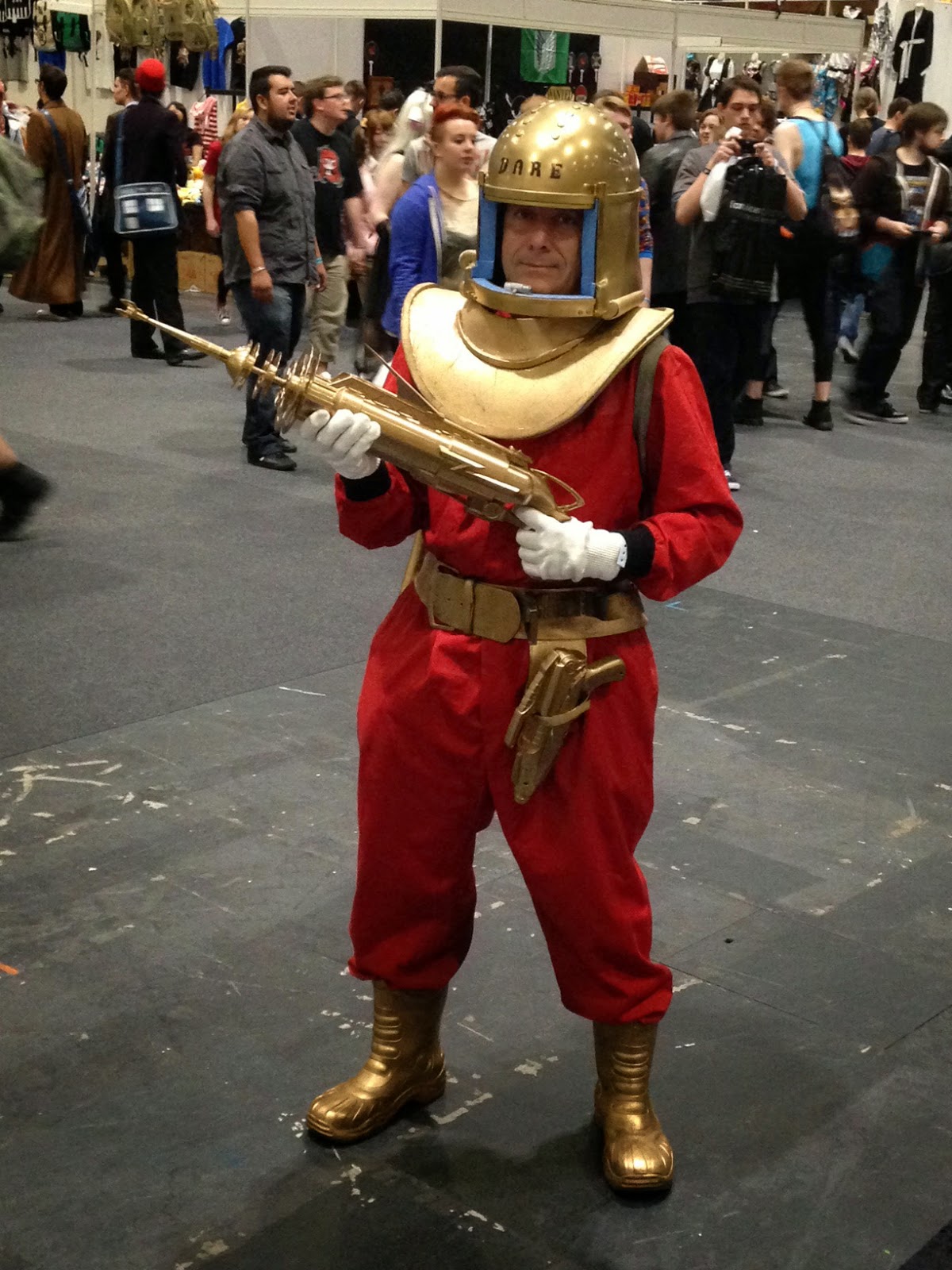 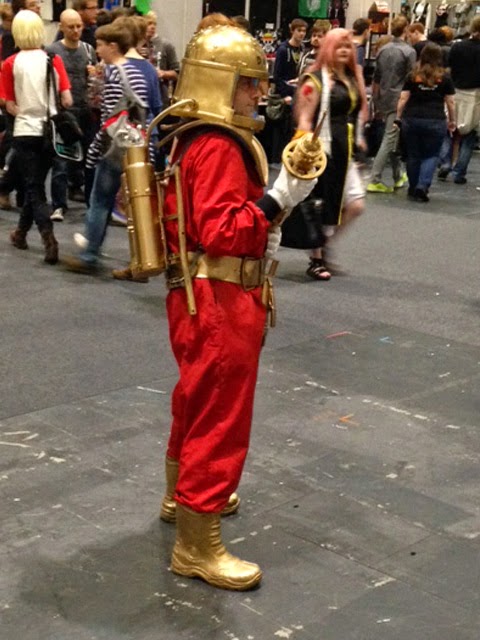 My personal favourite was this Dan Dare. Amazing detail and great to see that the old heroes haven't been forgotten.
The problem with the MCM events from a 'selling comics' perspective is that a huge percentage of the people who come are coming just for that. They're not really interested in seeing any comics, they're just there to dress up and be photographed.
The good thing about the MCM events from a 'selling comics' perspective though is that the small percentage who are looking for comics still make for a pretty big number of potential customers. 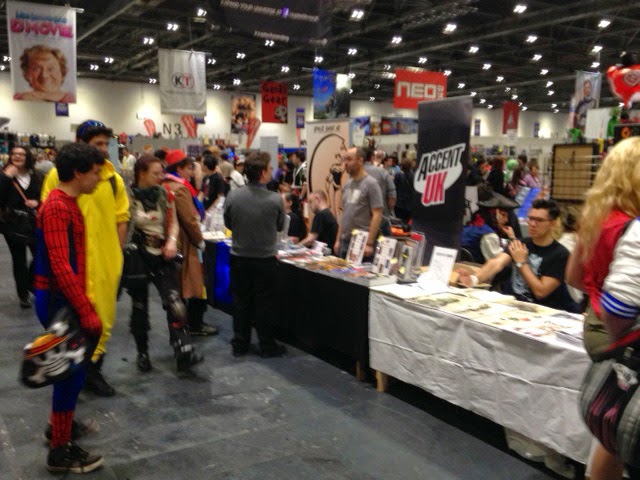 The thing that struck me however as I had a quick wander, leaving Colin to man the stall, was that we had a serious amount of competition. There were rows and rows of talented people looking to sell some very nice looking books and art prints.
I remember hoping that the people who visited the Comic Village brought plenty of money with them.
By the time I got back to the Accent UK tables I found that it looked like they had, as Colin had already sold a good number of comics.
I took my turn, allowing Colin to pop off and see if he could find 'his hard to find' Cyborg figurine... 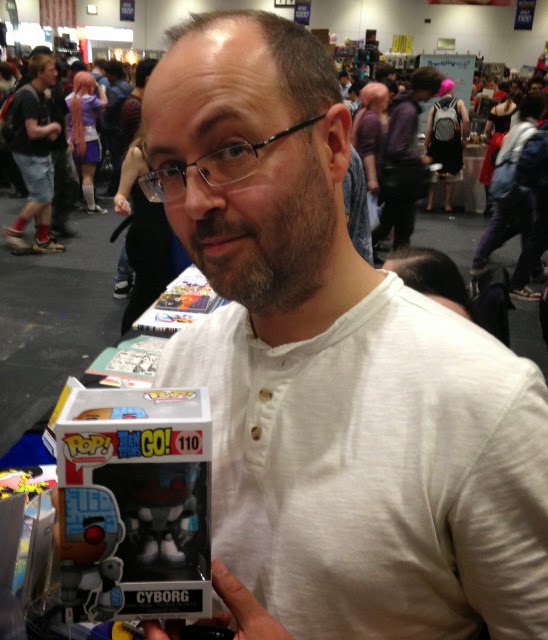 ... and continued to sell to a lot of new customers.
The anthologies were reduced, which is something we always do at the MCM events, attempting to draw in interest from people not traditionally comic book readers, and they sold really well. The one shots also did great, with strong interest in WesterNoir and Wolfmen in particular.
By the end of the day we'd sold more comics than we ever had in a single day, and were looking forward to a beer ... or two.
A nice evening with Sumyra and Darren of Lucky Target comics, Chris and my daughter Jemma where we enjoyed some Greek food, if not their music, and a few pints, and then we were heading off to get some rest and hopefully wake up refreshed for another successful day.
Typically we do less than half on Sunday what we did on Saturday.
Not so at the MCM events in seems.
We had another great day and as it ended we realised that this was our best Con to date. We sold out of a number of books, and must remember to bring more number 1's with us in future, and had only a few boxes to take back to the car. 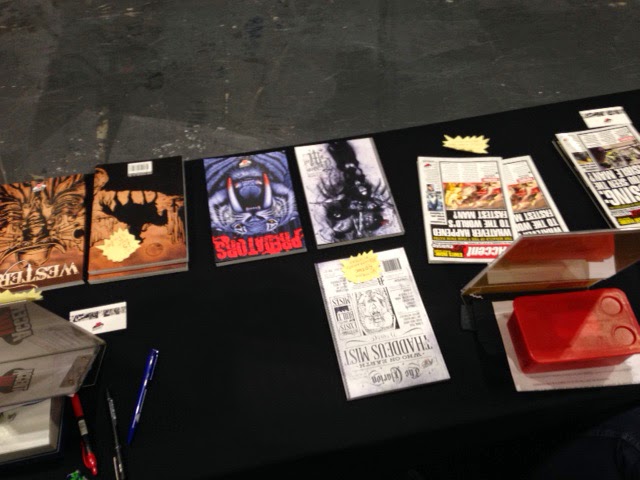 We'd spent the entire two days, pretty much, meeting new people and hopefully making new Accent UK readers...
Thanks to all who visited the stall and spent some time chatting with us, we had a great time, and thanks to the organisers of the event, it just gets better and better.
Posted by Dave West at 14:05 1 comment:

Accent UK have a table at November's Thought Bubble.

Yep, we've just found out that we have a table at this year's Thought Bubble event in Leeds. Great news as this is a really good show.
Posted by Dave West at 11:39 No comments: