We'll, following on from PREDATORS, and with ZOMBIES 2 pretty much completed, the next Accent UK will actually be the Brazilian edition of our first ZOMBIES anthology. 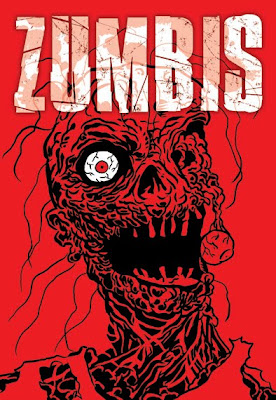 Mauricio over at Gal Editora, the company that translated and published the Brazilian edition of Whatever Happened To The World's Fastest Man ?, has selected tales that he feels will best appeal to the Brazilian reader and has been busy getting these translated over the last few weeks. Under a new cover by a Brazilian artist which Andy Bloor has given the same overall feel that he gave to Steve Bissette's cover for the UK edition. Mauricio was keen on bringing onboard some well known Brazilian creators to help generate interest, which seems a good idea.

This edition will also have a number of new tales from Brazilian contributions and also Marleen Lowe's story collaboration with her brother Stephen from ZOMBIES 2. 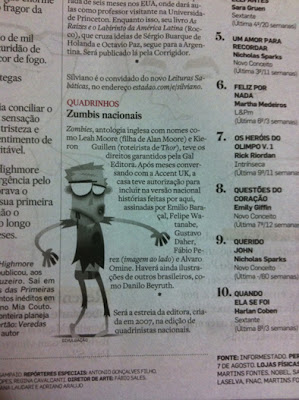 I'll keep you posted on progress, the full list of UK contributors can be found in a previous posting.

PREDATORS is getting good feedback from the contributors who have now received their copies, and the Small Press Big Mouth podcast has reviewed it already, you can hear what they think of it in Episode 33.