Manchester Mart, Robot Shorts and all that jazz.

They've arrived. Robot Shorts have been delivered and once again MPG Biddles have done a great job. Of course they were working from Andy Bloor's files and his design on the book, but you never know how things are going to turn out until you have the book in your hands. And it looks fab. Steve Holder's artwork will be new to most of you and you'll be very impressed. 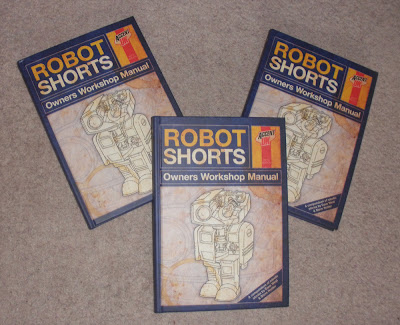 The book will be on sale at Cons but I'll see if I can manage to update the new Accent UK website and make it available for purchase through there as well.
Last weekends Manchester Mart was pretty successful. We didn't take any Accent UK stock to sell, the aim being to shift some of our own collections, which we both did a pretty good job of. Chris Doherty popped in we had an update on what he's up to. Video Nasties can now be purchased in complete collected form through Lulu at http://www.lulu.com/product/paperback/video-nasties-complete-collection/18714872

which is great, and is well worth the purchase.
I met up with Owen Johnson during the week, he was on his way from the North to the South and Manchester was somewhere in the middle. Had a great lunch discussing Thaddeus Mist and how we promote it. Lots to do but the whole 'marketing' thing is something we need to improve at.
In other news, ZOMBIES, which is sold out in printed copy, will soon be available through Lush Comics for digital download to a whole heap of different devices. If you're an Indie publisher/creator and would like an introduction to Justin at Lush then just let me know. It's great to have your books available digitally.
Posted by Dave West at 03:22 6 comments:

Email ThisBlogThis!Share to TwitterShare to FacebookShare to Pinterest
Labels: Robot Shorts, Who on Earth Was Thaddeus Mist?, Zombies

Colin and I will be at the Manchester Mart in the Thistle Hotel on Saturday, selling all sorts of stuff from back issues to Accent UK stuff. If you're in the area then do pop in and say 'Hi'.
Posted by Dave West at 13:20 No comments:

Who On Earth Was Thaddeus Mist ?

This year, against a backdrop of the normal anthologies andone shots, we are foccusing a lot of our efforts on a new type of collaborative book for us. A concept anthology that allows different creative teams to play a part in the telling of a larger story. It's a very challenging venture for us and needs a lot of work behind the scenes ensuring the scripts, created by different writers, work together in a way that doesn't jar the reader, but also doesn't become repetative. Also the art, whilst demonstrating the style and talent of the repsective artists, must ensure a degree of consistency to central characters.
Yep, a lot of work, which is why we got Owen Johnson to edit the book.

Why am I posting about it now ?

Despite us starting this quite a few months ago, Owen has now got things to the point where all the scripts are complete, and work together, and all the artists have confirmed their committment to the project.

What's it all about ? 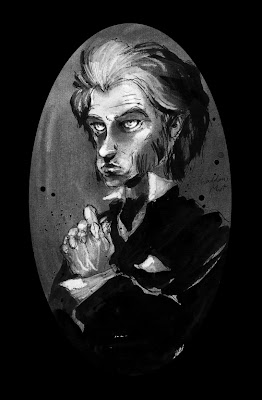 At the funeral of a mysterious and enigmatic gentleman, newly-wed Zelda Mist mourns for the husband she never knew, for Thaddeus Mist kept a life-time of secrets. In her grief she approaches each funeral guest to discover details of the strange life he lived.
As they each tell the tale of Thaddeus Mist their flawed memories and individual imaginations shape their stories into mundane fictions and fantastical truths. These accounts disgust, scare, entertain, and inspire her in equal measure, but it falls to Mrs. Mist to decided which version of the tales was the one lived by her late husband. So... Who On Earth Was Thaddeus Mist? 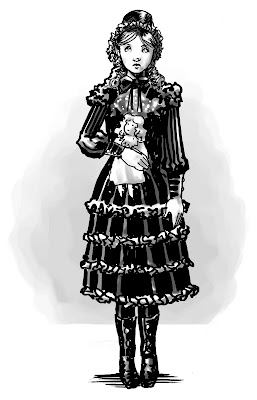 Owen has pulled together a great list of writers and artists, oh and of course I muscled my way in there ...

.. and the whole book will be lettered by Jim Campbell, which is great news. 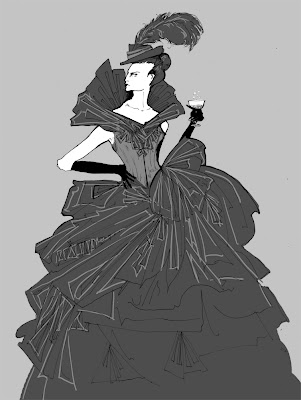 So, this book is going to be a different beast from anything we’ve attempted before, a sprawling Gothic (graphic) novel crafted by a team of creators working together to build a monstrous new universe to fall into. Work is well underway, and with luck we should be able to release this rabid hound into the light of day in the near future.

We’re all very proud of it, and will be sharing information about it at the conventions we attend…but not too much information. If we’ve learned anything from Thaddeus Mist it’s never to reveal your hand before it’s played – and to preserve a little enigma at all costs. 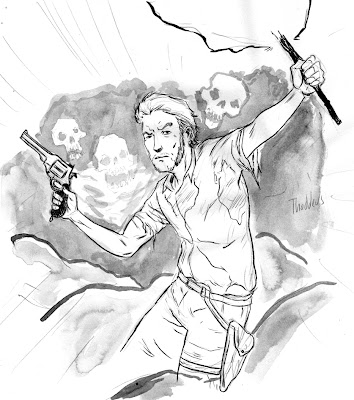 Email ThisBlogThis!Share to TwitterShare to FacebookShare to Pinterest
Labels: Thaddeus Mist, Who On Earth Is Thaddeus Mist?

ZOMBIES 2 is with Diamond now...

ZOMBIES 2 (or 2OMBIES as we like to refer to it) has been accepted by Diamond for distribution and will be listed in a future edition of PREVIEWS. We're not sure which one yet but it's certainly our biggest book yet, and looks to be as good as ZOMBIES, if not better.

I'll let you know what issue of PREVIEWS when we here back from Diamond themselves.
Posted by Dave West at 02:44 2 comments:

When I went on to add my vote I noticed that someone had listed Kev Mullins' great PREDATORS cover for BEST COVER ... it got my vote :o)
Posted by Dave West at 13:31 No comments:

Well, the awards are open and someone has listed Fall Of The Wolfmen as Best British Black and White comic ... maybe we'll have more luck than last year.
Also ... Andy Bloor is up their as Best Newcomer Artist ...
If you enjoyed the books and have nothing better to do then by all means pop over and vote ... it'll make our year.
Posted by Dave West at 13:53 No comments: