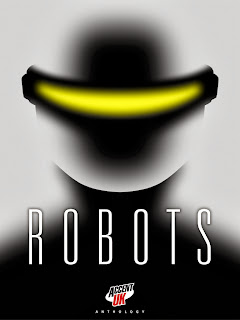 Glasgow, comics and policewomen on horseback.

This was our first comic event in Glasgow, and only our second in Scotland, and we were really looking forward to it. 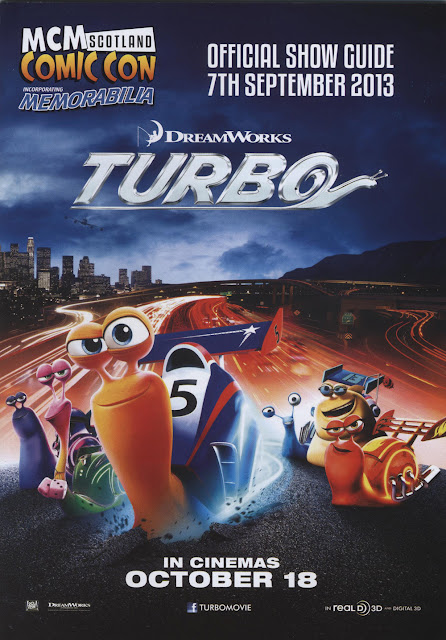 The MCM events are certainly getting better and better with a wonderful mix of fans of TV, Film, Computer Games, Manga characters and Comics.
The drive up the night before had been tough, 5 hours or more driving through rain and spray from lorries meant that I arrived pretty tired out and even now I'm not sure what we had for tea that night or where we had it.
Saturday morning though and my batteries were recharged and I was ready for anything.
A quick breakfast with Colin, his son Adam (putting in a very rare Comic Con appearance) and my daughter Jemma was followed with us putting all the stock into the back of Adam's car and then a quick drive to the venue.
It didn't seem that busy outside but there were certainly enough strangely dressed people to let us know that we were in the right place. 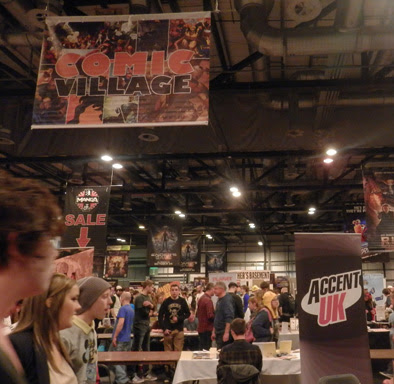 And as we're old hands at this now, we were set up in a matter of minutes.
Which was good as there were already people wandering around on the Early Bird tickets and unusually these people were getting as far as the Comic Villlage, we had a few sales before the doors had even opened.

The Comic Village was a good size, although a number of the tables were empty, and we found ourselves between Jim Stewart (of Gangaman fame) and a lady with Blue Hair (Destiny Blue) who was selling some beautiful and quite thoughtful prints of her artwork. 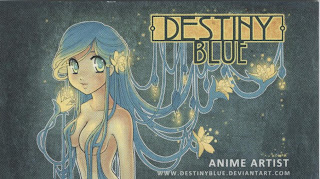 As is typical with Cons there were quiet moments but there were also times when we found ourselves a little overrun with customers buying our books. At one point I think I signed about 8 comics one after the other for 3 different customers.
We had the usual MCM Madness discount on our older anthology titles and as a result Western, Predators and Robots all sold very well. 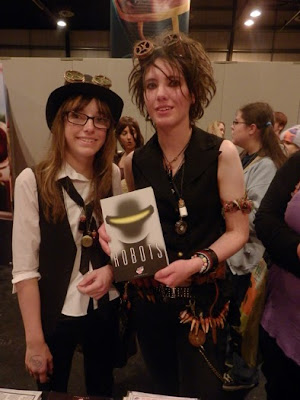 There have been reports that there were 20,000 people at the event which seems an incredibly high number. It was very very busy though whatever the number and enough people passed through the Comic Village to make this our second most successful one day event ever, by one comic. It was a good job that Colin's son Adam... 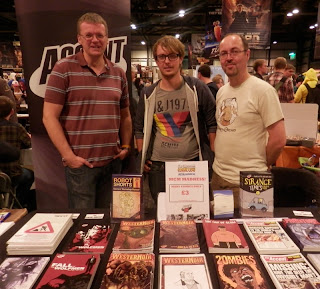 and my daughter Jemma... 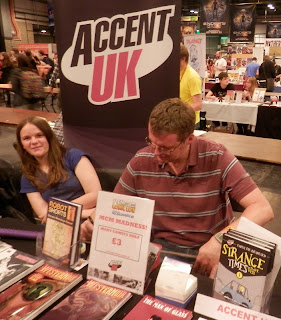 were on hand to help out.We certainly left with far fewer comics than we came with, which is always a good sign, and met a lot of new customers who will hopefully enjoy what they bought enough to come back for more at the next event.
The 'policewomen on horseback' mentioned in the title of this post appeared either side of Adam's car on the way back to the hotel after the event. With Jemma and I sat in the back of Adam's speedy little vehicle we were very surprised when, whilst we were stopped at lights, we found ourselves being peered at through the slightly dark windows by firstly two horses and then two policewomen. They were of course very polite and were checking that we had our seatbelts on, but it was a very odd moment in this day and age.
A good meal at a local Italian restaurant, where my wife met us after doing the Charles Rennie Macintosh tour and a couple of pints saw the end of a great day.
We'll certainly be making the trip up north again for the next Con.
Thanks to everyone who stopped by the table.
Posted by Dave West at 12:40 No comments: