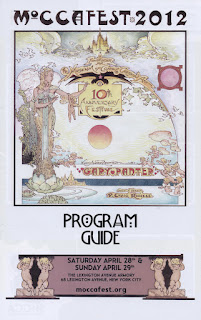 We really enjoyed last year's Mocca Fest, and did so well that we booked a table for this years event there and then. Of course, there's always a worry when you do really well at a Convention that it might have been a 'one off', and that a return to the same event might not be anywhere near as successful, but we'd decided to just go for it and see what happens. 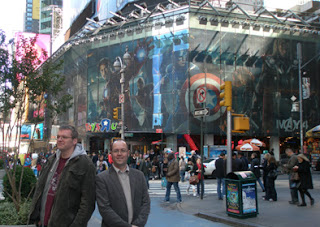 Arriving a day before the event allowed us to check out our favourite stores from last year, top of the list being The Strand (the mother of all book shops), 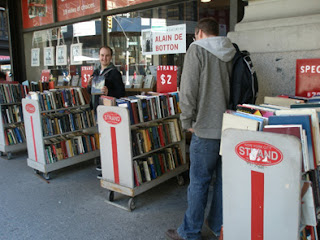 (photo - outside The Strand)
but rather than restricting ourselves to NYC itself this year we decided to hit two Brooklyn comic stores as well. The idea being that we get to meet the store owner, or manager, and tell him, or her, about Accent UK, showing them some of our books and hopefully leaving them with a good impression. 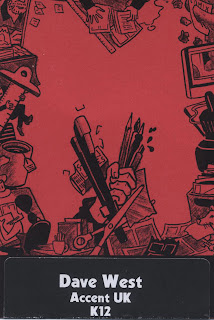 Having walked across the bridge we found Bergen Street Comics pretty easily, and a great little store it is as well. Mostly independent comics and some nice artwork on the walls it had a really nice feel to it. We had a nice chat with Cassy and following her recommendation we decided to take the Subway to the second store, Desert Island, rather than walk. 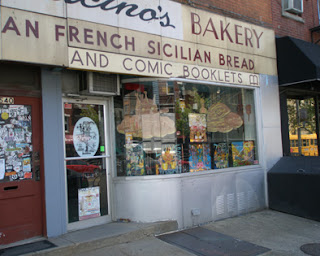 Where Bergen Street has a very modern feel to it, Desert Island is all heart. I didn't spot any Marvel or DC books at all, and Gabe (the owner) was very passionate about the wealth of independent comic books he had to offer. Whilst Bergen had been interested in our books, Gabe was keen to stock them as soon as we could sort things out, which was great and very encouraging.
Saturday, the first day of the Con, saw us up pretty early, the time difference was causing us all problems, and after moving the stock from Scott's suitcase to mine and Colin's, having a breakfast consisting mostly of pancakes and downing enough coffee to ensure that we would remain awake all day (and probably all night), we set off for the venue.
It's strange that even after having done this event only once before it was all so familiar. 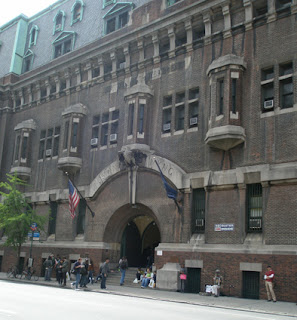 (photo - Venue for Mocca Fest)
We were there pretty quickly and setting up shop at the same table as last year. 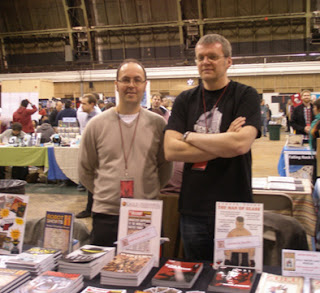 We recognised some familiar faces amongst the other creator tables and it was great to see Moe Murdock having a table again. Justin of LUSH comics was also a faimiliar face and it was a great opportunity to discuss where he's taking his digital independent comic store, and how we can support each other moving forward. All very positive. 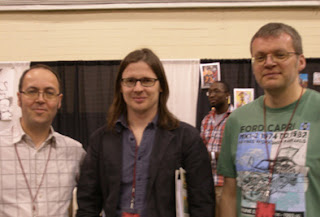 (photo - Colin, Tom Gauld and Dave)
We also spent some time at the Big City Dare 2 Draw event where we had the opportunity to do some life drawing, with a super-hero twist. 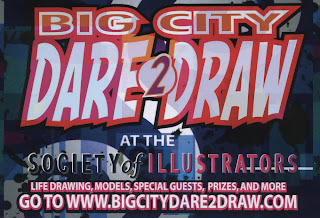 A great event run by the tireless Charles D Chenet which is an ongoing charity with the aim of bringing comic art to the aspiring artists of NYC. 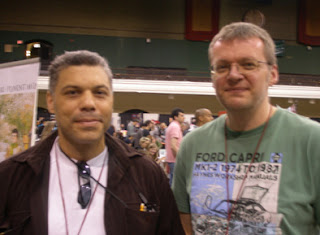 (photo - Charles D. Chenet and Dave)
From the evidence in front of us we were able to see that it's a very worthy cause, run by people who are doing it for all the right reasons and something that we'd like to see take off in the UK. 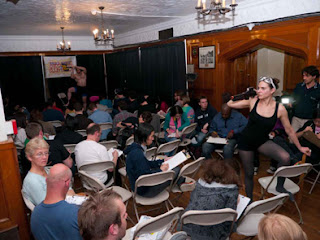 (photo - life drawing at Dare2Draw)
Saturday, it must be said, was a little quieter than last year. A view held by everyone we spoke to, creators and customers alike, and after a very tiring day we had only managed to sell about 2/3rds of last year's target. 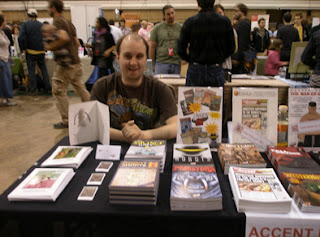 (photo - Scott at table)
During the day we discovered that this year's event had clashed with Stumptown (in Portland) and the feeling was that a number of customers, and creators, had gone to that event instead. We were a little worried that this wouldn't be a great Con, as Sunday's are typically about half as successful as Saturdays, and so it was with tired legs and worried heads that we ate our Chinese meal and thought about Sunday. 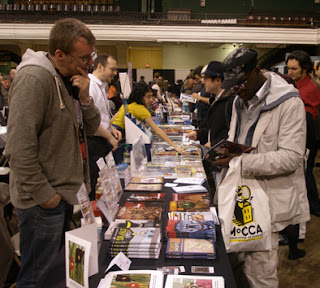 We needn't have worried.
Sunday was actually a little busier than Saturday and we managed to sell slightly more. Overall that meant that we did as well this year as we had last. 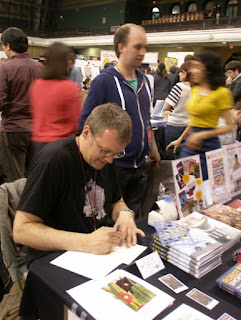 (photo - Dave sketches robots)
Added to this, Gabe (Desert Island) popped by the stall and we agreed to take most of our remaining stock to his store on Monday for him to sell, which was great as we would leave 3 copies of all but two titles with him, which would lighten our suitcases tremendously for the journey home.
What surprised me was that all of our titles sold pretty much the same number of copies over the Con weekend. 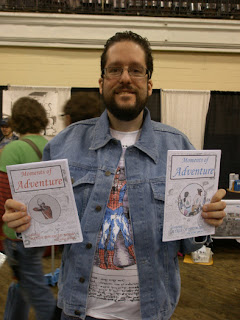 (photo - happy customer with Colin's adventure comics purchase)
I had expected the newer titles, particularly WesterNoir, to sell more than older ones but in retrospect I guess all of our books were new to most of the customers, and whilst we recognised some faces from last year, coming back to buy the books they hadn't got, we had a greater number of new customers. 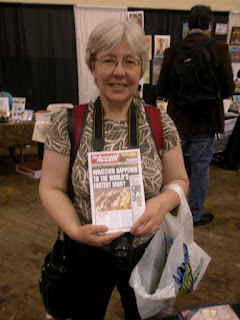 (photo - Brigid Alverson with Fastest man purchase)
What didn't surprise me was the support given by everyone behind tables to everyone else. A real sense of community, as evidenced by the couple behind Liberty - The Story Of The Boston Massacre constantly bringing people over to look at the Robot Shorts cards. Only going to confirm my suspicion that comics people are good people
Monday was spent getting the stock to Desert Island, spendinig more cash as The Strand, popping into an art supplies store and catching a pint of Sam Adams in a NYC bar that had the football (soccer) on. Two Manchester teams clashing on the global stage. We had to leave at half time to get our taxi but it was good fun letting the locals share our pain (United went down by a goal before we left). 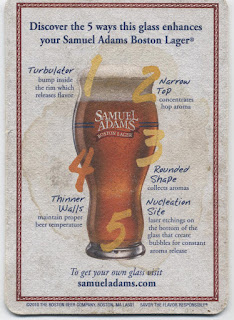 One of the strangest moments was when Colin found an Ames' Lettering Guide in the local art supplies store. I'd never heard of it before but apparently they're really hard to come by, so I bought one for myself ... just in case. 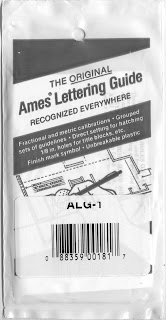 Thanks from Colin, Scott and myself to everyone who stopped by the table. 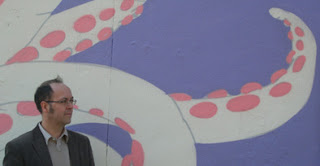