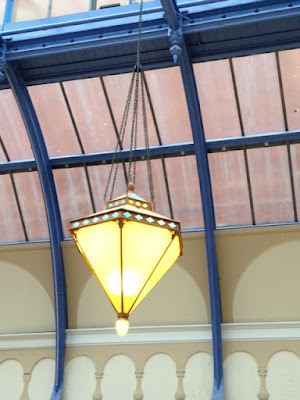 Set in the impressive Winter Gardens, it meant an early start and despite the rain, a fallen tree and the one way system in Blackpool's city centre, we did manage to get to the venue, with our stock, in plenty of time. 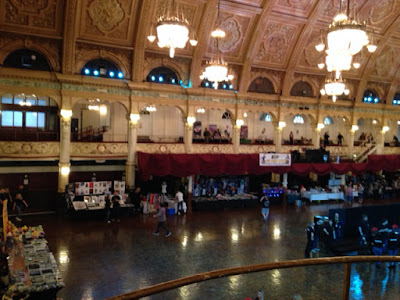 The challenge though was once inside, where exactly was our table ?
In our experience first events are always a bit of a mess when it comes to the logistics and this one proved no exception. Scott and I wandered around the main hall looking for our table whilst Colin queued for passes and Event programme.
Turns out there was no programme but by the time Colin returned with the passes, I'd located our table... 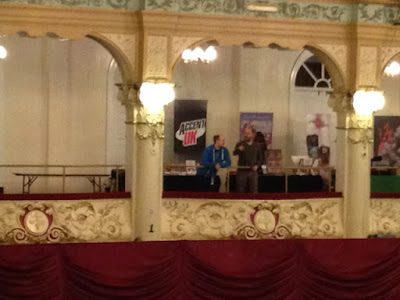 ...it was on the upper balcony.
Which brought the usual concerns about the people down below being unaware that we were even there. A few hand made notices stuck to the handrails on the bottom of the stairs was the best that could be done really.
We're past masters at setting up the table with our books these days and had done so within 10 minutes or so, which left time for me and Colin to have a wander and see what the event had to offer people.
Lots, is the short answer. The event sprawled across floors, down corridors into Galley themed rooms... 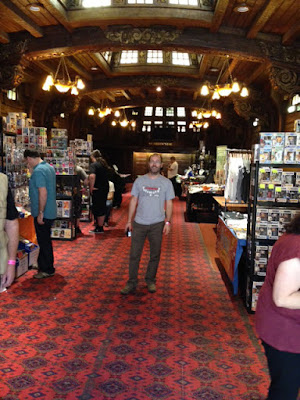 and into more corridors and little side rooms, all of which provided potential customers with the chance to buy anything from themed cup cakes to wrestling merchandise via signatures of minor actors from Star Wars (mainly).
And it left us even more worried that people could wander around all day and never actually know we were there, let alone find us.
The things in our favour however were that the organisers had put all the comic people upstairs (and it was great to bump into Mike Garley again) and the fact that there were a reported 8000 tickets sold. 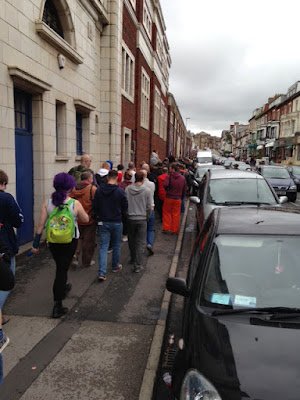 I think it took about an hour after the doors had opened before we saw the first people make it up to the balcony and about another hour before we sold our first comic.
We didn't have a good feeling about this being one of our better Cons.
But then at around 2pm it started getting pretty busy. We started to get interested customers, having good chats with them and started selling a good number of comics. 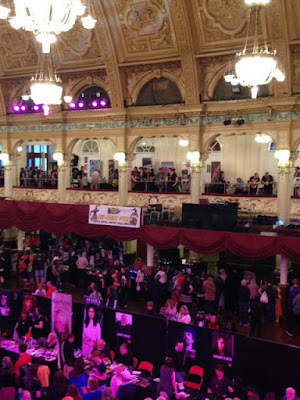 The venue certainly consumed the number of people who managed to buy tickets and also seemed to have scope to expand. It's a very large venue with plenty of side rooms, and the actually space that was being used wasn't being used to its full potential.
We had a good day all told. Met a lot of nice people, chatted to them about our books and about comics and the comics industry in general, got some nice feedback and sold a good number of books. 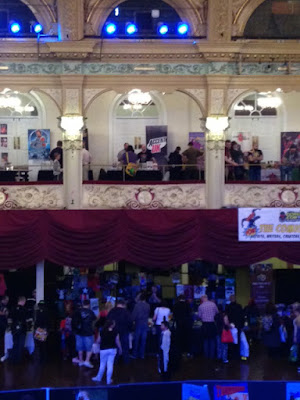 And Judge Anderson bought a copy of Strange Times - Book 1... 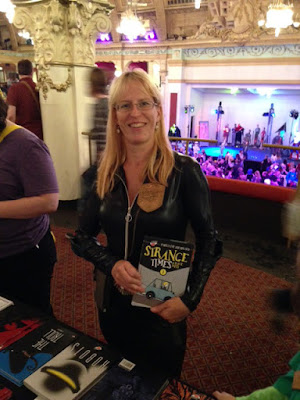 ...which isn't something I ever thought I'd say.
I think we'd go back if they decide to hold another event, Whilst there were some criticisms I get the feeling that the majority of people enjoyed themselves and we certainly met enough new customers to make it worthwhile. The danger is that it'll become a 2 day event which increases our costs significantly. Time, and maybe the Minions, will tell. 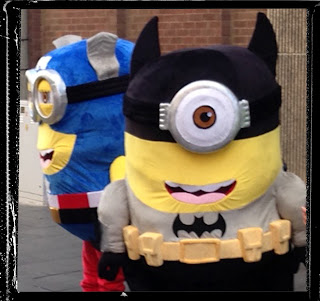