The Accent UK website has experienced a few problems of late.
It could never be viewed on Apple devices, the carousel used Flash ... which I'm told was the reason for this ... the bigger problem however was that it was too complicated for me to maintain and as I only tried to update it whenever we produced a new comic, each time I did so was a real challenge.
So, armed with a bit of code sent to me by Martin Flink, I've managed to produce something much much simpler. 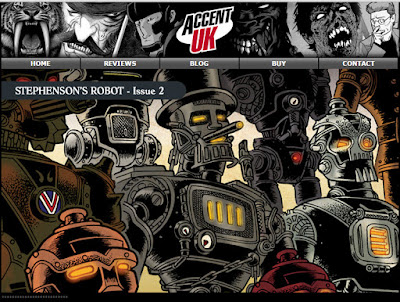 The main image area cycles around as many images as you want to put up there, and so I've sampled all our covers.
It allows us to promote comics that haven't been printed yet... 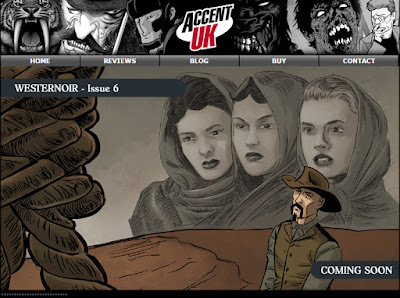 and also point out those that have now sold out... 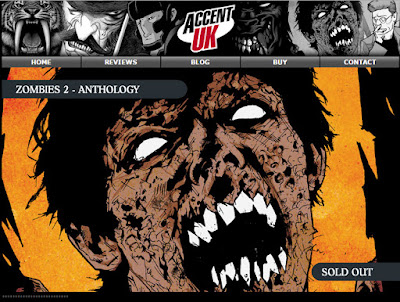 The 'BUY' button now just sends an email (and I've had a few already) from where we agree a price and payment method. I've replaced DIGITAL (which we do need to sort out one day) with REVIEWS, and will be putting all of our reviews (historical and future) on the Accent UK blog (which this button will take you to). Some of these reviews are quite old now, and so sadly the podcasts, websites and even stores may no longer exist. The reviewers however are still out there and they pop up here and there now and then.
It works on Apple devices too.
Posted by Dave West at 09:00